Next Paul threw himself into taming the wilderness of our olive groves, getting up at the crack of dawn to strim the grounds to keep the grass and weeds down in the cool of the day.

By the beginning of May there had already been two wild fires nearby, which was very odd so early in the season. One was on  the slopes of Monte Marano, just behind us, and was so severe as to require a Canadair water bombing plane plus a fire-fighting helicopter to finally get it under control.  The Forestale Police suspected that this fire had been started intentionally and were said to have a suspect arsonist in mind, however they did not have sufficient evidence to get a prosecution.

Then, just a few days later yet another fire started in close proximity to our neighbour’s olive grove, in the scrubland next to the woods and a strong gusty wind eagerly fanned the flames. We were really concerned that if it continued to spread it could potentially consume our woodland thus we immediately alerted the local Forestale.  After 30 minutes a fire-fighting helicopter flew overhead and hovered over the fire and commenced dowsing the flames by  releasing the water contained in its suspended bucket. The crew undertook 10 or so such trips before finally succeeding in extinguishing the flames.

Thus we were reminded that we must always be on our guard and that we needed to maintain a decent fire break around our olive grove. 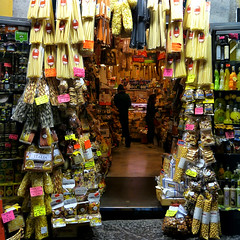